When browsing the Internet, there are lists I am never, ever going to click on. “25 Things No Woman Over 30 Should Wear.” Nope, not clicking, don’t care. “15 Homemade Versions of Your Favorite Convenience Products.” They’re convenient for a reason, I’m not making them myself. But “10 Wonderfully Weird Day Trips Around Washington”– I’m all over it. I saw this list yesterday, clicked on it, and within 2 minutes of reading had our daily activity planned: Dinosaur Land. I texted a friend to see if she and her kids wanted to join and we were off.

Dinosaur Land was built in 1963 and I am 100% positive that the Dinosaur Land we see today is identical in every way to the Dinosaur Land visitors saw in 1963. There is no way anything has ever been changed or updated. It is literally as if you are stepping back in time (in more ways than one). There was probably a time when Dinosaur Land was considered a MAJOR attraction that visitors from far and wide (in Virginia anyway) would come and see. I can just imagine back in the 1960s some family in like, Staunton, making an entire summer vacation trip around Dinosaur Land.

Although Dinosaur Land was originally constructed in an empty field, time and nature have worked together to fill in the space with trees, so that now our dinosaur friends exist in a wonderfully shady “primordial forest” (just go with it). 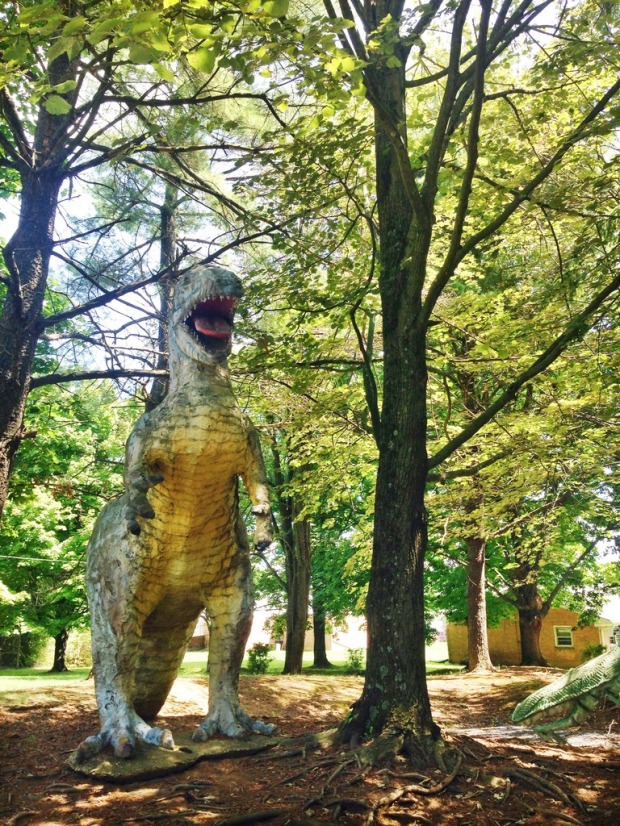 The statues are rather crudely built and have probably not been painted since the 1960s which lends them a wonderful vintage feel, kind of like if a Rankin-Bass stop-motion Christmas movie came to life. 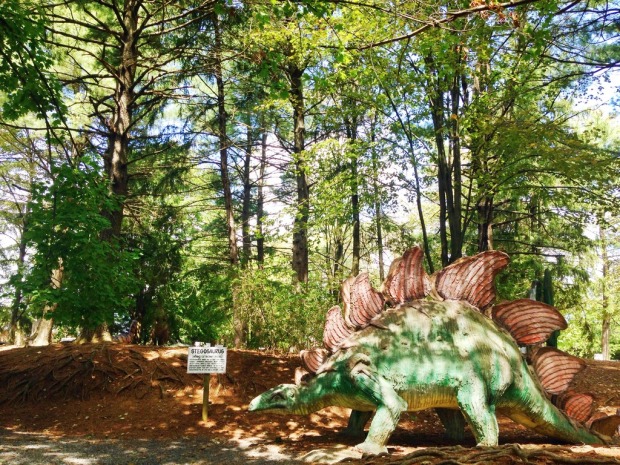 Many of your standard well-known dinosaur favorites are here, like Stegosaurus, Tyrannosaurus Rex, Brontosaurus, and the dinosaur that gave everyone nightmares in 1993, the raptor:

Tucked away in the back corner of the park is a nook composed of various dinosaurs engaged in vicious battle.

I believe the look on that pterodactyl’s face says it all. (My toddler is sitting on my lap as I write this and when this picture loaded she said, “That’s not good.” No, I would say getting snatched out of the air and torn to shreds is decidedly “not good.”)

Amongst the melee, Littlefoot’s mom is gracefully plucking tree stars:

Unfortunately, just a few feet away, she is also getting nailed by Sharptooth: 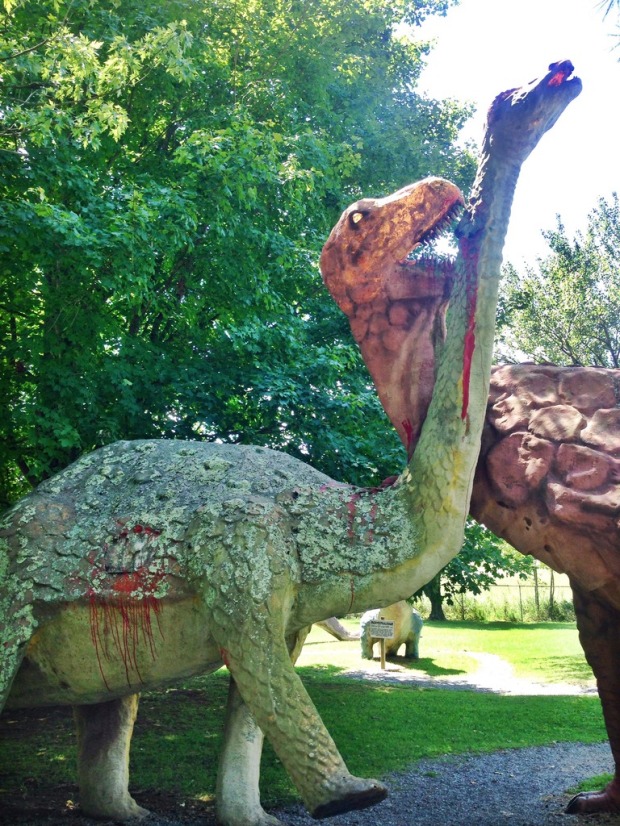 The creative use of fake blood really brings the scene to life, you have to admit.

If the cruel realities of the food chain are a bit too much for your young kids, don’t worry, there are plenty of friendlier dinosaurs in the park, some of which may or may not have even existed and might be totally made up by the creator of the park:

Visitors are asked not to climb on the statues, but there are two exceptions: a giant prehistoric shark whose belly you are allowed to enter so that you pop out in his mouth:

And a King Kong whose open hand you are allowed to climb upon and act out your best Fay Wray impersonation:

When you’ve made a couple rounds of the park and had your fill, you exit through the gift shop which- I really can’t overstate this- is a gift shop of the finest magnitude. The sheer amount of unnecessary stuff inside this shop make it exactly what every gift shop should ever aspire to be. It actually existed first and Dinosaur Land was built to accompany it. Previously known as “Rebel Korn’r” it has since been stripped of this name for obvious reasons, but it still bears the most extensive collection of Confederate Civil War coffee mugs I have ever seen: 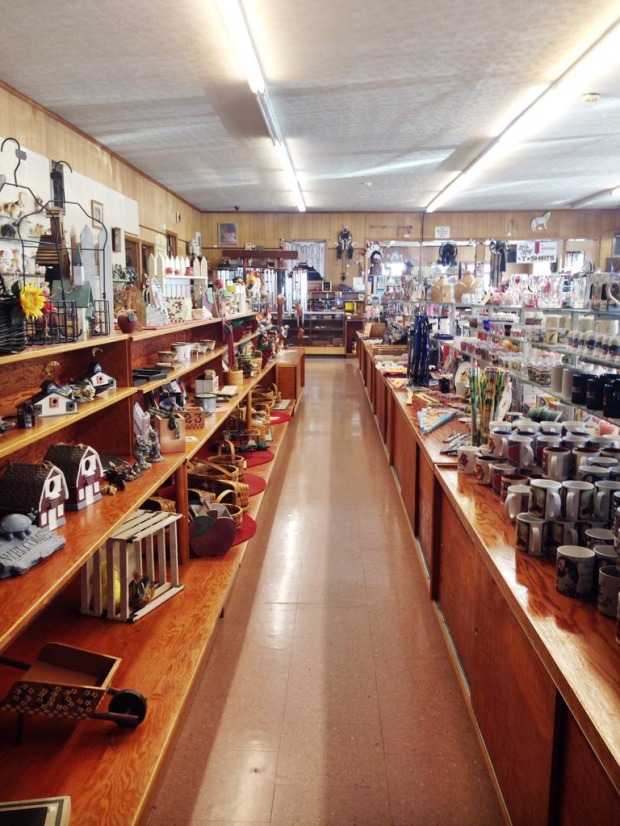 Dinosaur Land is a wonderful little excursion through a time when entertainment was simpler and more innocent. No CGI or animatronics or sound effects- just plain old dinosaur statues standing among trees. If you’re out in Berryville in the fall for Wayside Farm Fun, or on your way out to Winchester, a 15 minute detour to Dinosaur Land would be well worth the diversion.

Food is not allowed inside the park, so we stopped at Rose Hill Park in the town of Berryville on our way back out to Rt. 7 to eat lunch under the gazebo and play on the playground for a bit.